THE EQUALITY ACT: A CATHOLIC PERSPECTIVE 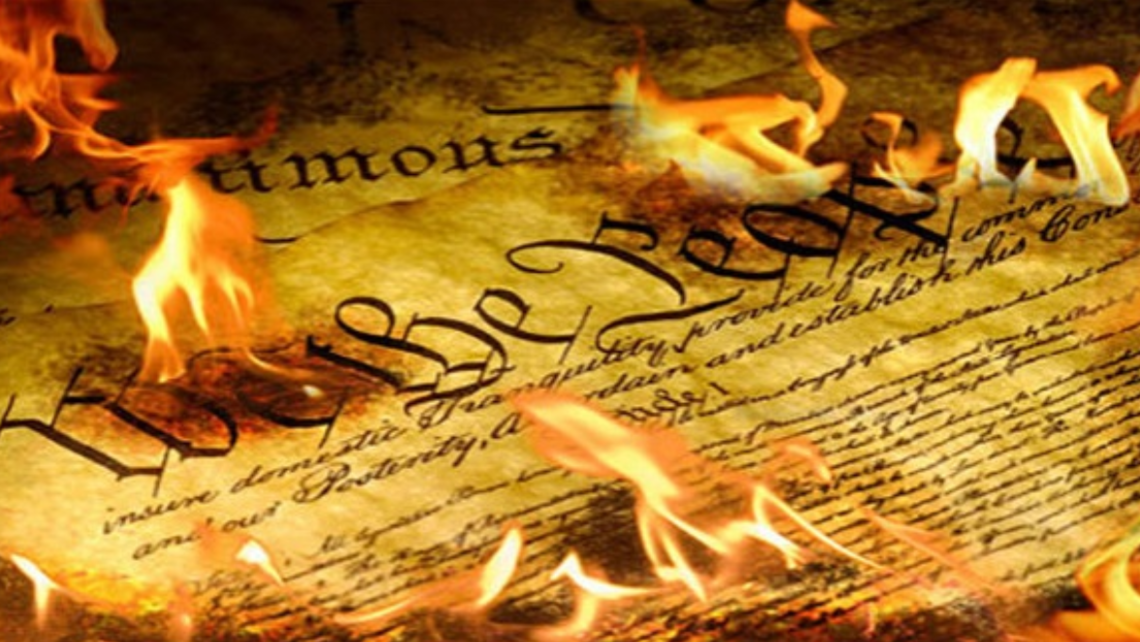 This article by Paul A. Nelson first appeared on the Lepanto Institute website in 2019

Presently, there are major efforts in our Congress and Supreme Court that would make those who want to “change” their gender and those who are active in the LBGTQ community into a protected class in our country. This perversion, if it comes to fruition, would cause all kinds of havoc and decimate religious freedom. In this article, I will focus on the bill now making its way through the process in our U.S. Congress and U.S. Senate.

The Equality Act, H.R. 5, was introduced in the House of Representatives on March 13, 2019. Four days later, on March 17, the bill was passed, with very little debate for such a sweeping piece of legislation. Three Democrats did not vote at all because they are seeking the Presidential nomination. Eight Republicans also voted for the bill. The final tally was 236-173. The bill now rests in the U.S. Senate.

The three Democrat Presidential candidates who refused to vote were: Tim Ryan of Ohio, Eric Swalwell of California, and Seth Moulton of Massachusetts. Other members who didn’t want anyone to know their opinion about this subject also abstained.

The so-called Equality Act advocates for anything but equality. The freedom to practice one’s faith openly and without fear of prosecution will no longer exist. Churches, Catholic schools, Christian schools in general, Jewish schools, and even Muslim schools will have to comply with the immoral principles and demands in this Act if it becomes law. Private businesses, including hospitals will be severely limited, regulated, and subject to being sued.

The premise of this Act is flawed in that it takes as a given the notion that a person can decide to change the gender that was assigned to them by Our Lord. The legislation is also predicated upon the assumption that the citizens of this country agree that same-sex marriages are a good and moral thing. Most Christians in the United States reject both of these ideas altogether. And the last time I looked, Christians make up the vast majority of U.S. citizens. The fact is that a minority of wrong-thinking and immoral people in our country are trying to foist this travesty of a bill on the rest of us.

If this bill is passed in the Senate and is signed by the President, it will amend several Acts already in existence, which are comprehensive in nature. They include:

The text of H.R. 5 begins by listing a series of dubious “findings’.” The very first one reads:

“Discrimination can occur on the basis of sex, sexual orientation, gender identity, or pregnancy, childbirth, or related medical condition of an individual, as well as because of sex-based stereotypes. Each of these factors alone can serve as the basis of discrimination, and each is a form of sex discrimination.”

The inclusion of “pregnancy, childbirth, or related medical conditions” is deeply concerning, considering the fact that it would be used to mean “abortion.”

Most of the so-called “findings” listed are just made-up scenarios of possible abuses, which they repeat several times in different ways. For example, they “find” that same-sex couples are seven-times more likely to adopt or foster children than a married man and woman. Without any evidence to back that up, its hard to verify the claim. But even if it is true, the reason is obvious: same-sex couples can’t procreate and have their own biological children. Never mind that a child does much better in a family that has a mother and a father instead of two “mothers” and two “fathers.”

What Catholics – indeed all Americans – need to know is that the author and cosponsors of this terribly constructed bill will unleash great evil on this nation by making transgender and LGBTQ people in general a special and protected class in our country, at the expense of religious freedom.  Little by little, they are succeeding in their quest to de-Christianize America because people have become disinterested in and impervious to what is happening in Washington.

This situation is not unlike the one in the Catholic Church, where the average Catholic in the pew doesn’t know the faith. Similarly, many Americans – especially young people – don’t know history. Hence, we have a significant number of younger people in this country who think socialism is the way to go.

In the Equality Act, “gender identity” is defined thus:

“The term ‘gender identity’ means the gender-related identity, appearance, mannerisms, or other gender-related characteristics of an individual, regardless of the individual’s designated sex at birth.”

In each equal rights bill I listed earlier, these words are added to the “pertinent” sections: “including sexual orientation and gender identity.” The simple inclusion of these words that represent a perversion of human existence itself would wreak all kinds of havoc and perpetuate evil and a false narrative, which would devastate the concept of religious liberty in the United States of America. Mind you, already in all of these Acts these terms are included: “race, color, religion, national origin, sex, marital status, or age.” In the real world, these words cover it all. They are actual and real terms describing human beings.

I ask all Catholics to consider these possible outcomes if the bill is made law:

I’m happy to say that a coalition letter by Christians, including four chairmen of committees at the USCCB, was written to oppose H.R. 5. They concluded the communication by saying this:

“The Act regulates a huge new swath of religious activity and facilities as ‘public accommodations’ and transforms the conditions by which hundreds of thousands of faith-based entities partner with the federal government to serve the common good. It accomplishes these goals while bringing the daunting power of the federal government to bear against religious people and groups with non-conforming views about marriage, sexuality, and gender.”

We as Catholics need to keep our eyes closely on the law-makers we send to Washington to represent us. Many get elected and then proceed to pursue their own personal agendas instead. Let’s make it our business to hold their feet to the fire and advocate for the right and moral things in this world.

Holy Mary, Mother of God, pray for our country.

The Pope and Synod: Hangmen of the Great Commission

I will not follow this new synodal listening blueprint, and I will not oblige Pope Francis' reproach of Catholic... END_OF_DOCUMENT_TOKEN_TO_BE_REPLACED

In his Apostolic Letter, Novo Millennio Ineunte, at the... END_OF_DOCUMENT_TOKEN_TO_BE_REPLACED

What is a Canceled Priest?

This article is reprinted from LifeSite News with the permission of the author, Fr. Lovell